Not much progress this month. I’ve been toying with methods of distraction, the first on my list being a voice. Check out the vid for the POC of the flow of things so far.

I’ve been tinkering with UI and menus but they aren’t nice enough for consumption yet and I think I’ve sorted how to publish via HTML builds. I might have something for others to play next month! 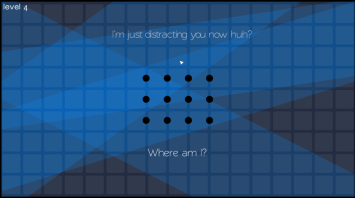 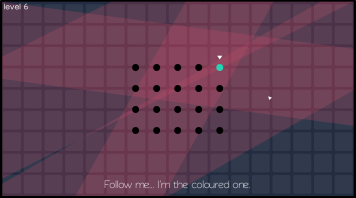 My, this year is disappearing quickly. July saw some more improvement with my project newly dubbed ‘Follow.’

The easiest change to notice is the colour scheme. I thought I’d change things up a little from the normal colours I gravitate toward. The darker shades help make it a little tricker and help make the background gradient a little subtler. The trail renderers on the circles are still being tweaked and may even be removed. I do like how they accentuate the curve of the circles’ movement; without them things felt a little more robotic.

Not much else to report. I’m hoping to change up my work life a little so fingers crossed that goes well. It should open up a few more hours for a dev dabble here and there – at the moment my days off are mostly set aside for bludging.

Another busy month but another proof of concept!

This one comes from a brain training style game where you are tasked with keeping track of a circle.

I’ve had so little time to work on this one so it is really just a mini proof of concept of what I’m working towards. I’m going to see if I can experiment with an added element to change things up as well as add the bells and whistles in the next month or so. I’ve also been attempting to learn how building to html5 is handled in Unity. With google chrome’s changes meaning a big ol chunk of players can’t access my stuff, I figured now is as good a time as any to learn the alternative.

I’m afraid May is going to be chokkas for me. It’s one of those months full of birthdays, Mother’s Day, appointments and just general life taking up all my free time. I’ve managed to make it even busier for myself by signing up to do a talk as part of Vivid Sydney’s Game On event. Extremely flattered to have been asked to join in, hopefully I have useful things to say. It’s all happening from the 22nd – 24th of May so check out more details here.

This time of the year is rather busy so I decided to stick to something small this month and end the year on a laid back little project. This month I’ve started dusting off some of my old unreal 3/UDK knowledge and learning Unreal 4.

I followed one of the tutorial series over on the Unreal Engine youtube channel which put together a neat little level. Using this as a foundation, I tweaked, expanded and swapped out some elements to create a simple little level.

I’ve barely touched the surface with the blueprint system but managed to add my own set of swinging doors as a first step. It looks to be quite powerful so I’m excited to play around some more! 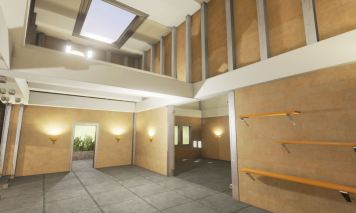 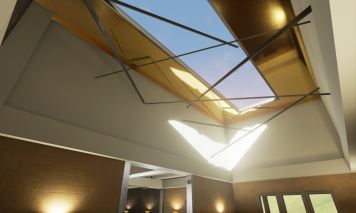 Nothing too fancy, but a good introduction to the engine.

With this submitted, I’ve managed to complete another year of One Game A Month. I look forward to next year.

The goal for this month was to get something playable out into the world to get some much needed feedback. I’ve managed to put a little proof of concept together, so consider the goal met!

If you’d like to play check it out here. I’m very open to feedback so send it my way. It is still full of bugs and rather lacking but still a good little indicator of the core mechanic.

At this point I have a good idea of where I want the game to go so I will keep prototyping, adding and tweaking.

Notable changes for the month:

Earlier in the month I mentioned I was working on a prototype for this month’s game. The game is going really well but a change of circumstances means I’m going to pursue further dev on it in Unity instead of Gamemaker. I’ve been working on switching over these past few days and I’ve already matched what I was able to achieve in a month of work in Gamemaker. Oh Unity how I missed you.

Anyway, back to this month’s game. The end of the month was quickly approaching and while I had made some good progress in the GM prototype, I just wasn’t happy with it and wanted to scratch the itch of releasing something of decent polish. I had been mulling over an idea for probably most of the year but hadn’t figured out a way to implement it in a good way. The idea had been to make a game about Dementia within the context of data corruption. 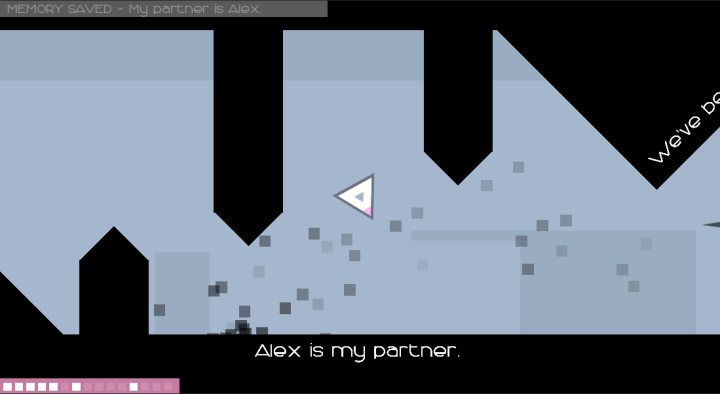 I spent about a week putting the game together and I’m really happy with how it turned out. It isn’t a long game but I feel it gets my point across with the impact I was hoping for. I shared the game on twitter and it received a really lovely response which has been a wonderful and surprising bonus!

If you’d like to play the game, Forget Me. Not, you can over on itch.io or gamejolt.

This month has started fairly well. While I’m still finding the move to Gamemaker rather annoying at times, I’ve made some decent progress and my comfort level is improving.

The game is still very much a prototype but I’m liking what it is becoming. The idea was inspired in part by a Warioland 2 level in which the player had to charge through the walls, roof and floor around them to move between rooms. Also serving as inspiration is a Mario Party 5 mini game where you race to be the first to ground pound through all the blocks.

Out of this comes the basic idea for my game – a randomly generated area that the player can destroy in all directions. Destruction will reveal collectables, enemies and upgrades for their miner. Their goal is to reach a set position before the time runs out. I want the game to be pick up and play with plenty of juicy extras to keep the gameplay interesting.

This past week, I’ve been working on tightening things up as much as possible; getting destruction in all directions working pretty well and getting the controls more responsive. I also added some simple animations to give a bit of an idea of where I might go art-wise.

For the rest of the month I’ll be working on the actual game loop, essentially, giving the player a goal with success and failure conditions.