The goal for this month was to get something playable out into the world to get some much needed feedback. I’ve managed to put a little proof of concept together, so consider the goal met!

If you’d like to play check it out here. I’m very open to feedback so send it my way. It is still full of bugs and rather lacking but still a good little indicator of the core mechanic.

At this point I have a good idea of where I want the game to go so I will keep prototyping, adding and tweaking.

Notable changes for the month:

Remember how I said last month I’d take some time off? Ha! Oh past Liz, you so silly…

Instead I’ve begun work on a larger scaled version of Devolution. Surprise!

Devolution was made almost a year ago (it was my year one #1GAM entry for August) so you could say this has been a long time coming. Playthroughs on GameJolt have cracked over 8,000 which is crazy. Not only that, the game keeps gaining new followers on the site which is encouraging. Players have liked the game. I like the game. Why not try and make it something more?

I’ve been hesitant to expand the game up until now through fear of spoiling the original experience. With a bit of a push I’ve decided to give it a crack – I mean the original still exists there’s no way I can’t hurt it!

I’m still in very early stages right now. I’ve been working on a prototype/proof of concept of the new direction I want to take and it is going pretty well. My main concern is getting the story right. Gameplay wise I’ve got some good ideas on where to go but the story has left me quite stuck. This is really what has held me back from tackling the project, I don’t fancy myself much of a writer so coming up a decent narrative is tough. It’s best not to force anything though; I’ve got plenty of time to get things right and have to trust that the best ideas will come. 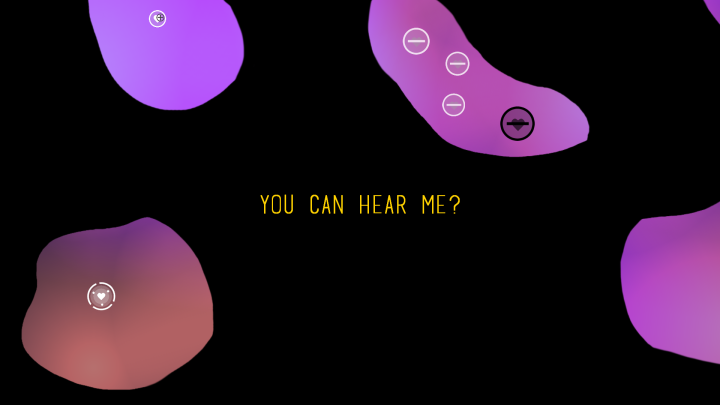 I have been using Gamemaker so my progress is understandably slower than normal simply because I am unfamiliar with the engine.

Gamemaker had me rather befuddled at first. The way it does things is so unfamiliar coming from Unity and I’m still getting my bearings. I do miss the freedom the Unity editor provides in terms of tweaking on the fly though. That said the engine is really impressive; I’ve managed to get the visuals on par if not better than the original and was able to get gamepad input functioning great within a few hours.

Wondering what’s happening with Reversal? Well I’m uncertain right now. It needs more work for sure before I’d be comfortable publishing to the app and google play store. I might see if I can dedicate a day or two a month to keep some progress chugging along.

This month I have been pushing hard to get Reversal polished. This has meant removing the old yellow level set and replacing it with a new set. As much as it sucks to throw out work, the old set was just full of bugs and bringing everything else down with it – including my motivation.

This new set introduces a new mechanic – moving walls. There is still some work to be done removing various bugs and issues but the set is coming along great! You can get the new version over on itch.io (if you’d like a key to download for free I’d be more than happy to oblige).

Towards the end of the month I have spent my time tweaking UI and prototyping a possible new addition – daily levels.

The UI has really come along nicely (even since creating the below gif) and is getting nicely polished. The gif demonstrates how the game will remember which level you last played and have the level select screen bring up the relevant level set should you return to the screen.

The idea for daily levels was completely stolen from the game Lyne by Thomas Bowker. Lyne has a similar target audience and I think it is too good of an idea to leave by the wayside. So far prototyping has been going well. Of course there are a bunch of difficulties with procedural generation but I’m excited by the mode so happy to power through them. Check out some procedurally generated levels in the gallery below! 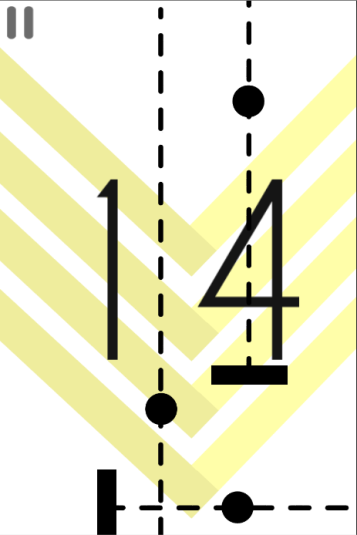 I’m planning to take a bit of a break for the next week or two. Hopefully I can still make some more progress on the daily levels and have a demo of it out by the end of july. I do have a neat meeting coming up though so stay tuned in the event anything comes of it!

Earlier this month I mentioned that my iteration goal was to improve path generation by removing the appearance of long boring paths. Turns out that only took me a few more days of head scratching to fix up and it’s now working perfectly!

The rest of the month has been extremely productive:

Local multiplayer is something I’m quite excited about. It came about because I was feeling down about the game and struggling to see how to improve it. I looked through my design doc and remembered I wanted to try a multiplayer mode so decided to give it a try.

Basically, two players are shown a grid and must remember where the barriers are. Each take turns revealing squares (similarly to pool, their turn will end if they hit a barrier). The player with the most squares wins. I want it to become a game for train, car or plane rides where you and a friend are stuck together with little to do. 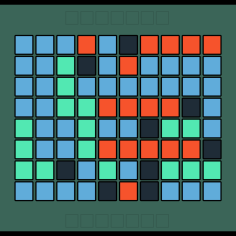 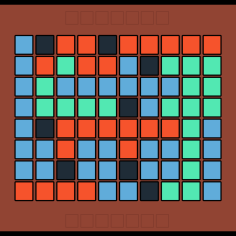 I’ve already started working to improve the mode for next month – allowing players to select difficulty, the number of rounds played and their colours. I took the game along to IGDA Sydney’s Beer and Pixels event and while I was rather shy, those who played it liked the premise.

Whoops it’s already December and I forgot to post here that my November game Perspective is now complete and ready to play over on gamejolt! That means there is only one more game to go!

The reception has been unexpectedly enthusiastic. I’m glad people are enjoying it 😀

I had somewhat of a hiccup at the start of the month and had a lot of trouble coming up with an idea. I struggled for a couple days and finally inspiration hit and I’ve been hard at work on ‘Perspective.’

I’m trying to make a brain training sort of game using an idea often seen in IQ tests where you are given an image of a 3D shape and then need to figure out what a particular 2D side looks like. A big goal is to try and make players feel good about playing and trying to improve; I don’t love how Nintendo’s Brain Training series can leave you feeling a little stressed and down on yourself so I will do my best to achieve the opposite.

So at the moment the player can use the buttons, WASD or the arrow keys to rotate the shape until it matches the one displayed in the top right corner. To help players out I’ve also added a second camera at the top left which gives a different viewing angle of the shape.

Give it a play and let me know what  you think, still a little buggy but the main concept is there.

So far I’ve been using 3D for the first time in ages and experimenting with multiple cameras and I’m enjoying it thus far.

My October game is complete!

I’ve never really been super excited by the idea this month so I found myself procrastinating rather often. I let you decide on your own what you think but I find the game a little underwhelming.

I’m not upset by this though, as experimentation is the an important part of #1GAM for me. Sometimes ideas just aren’t good or aren’t there yet but that doesn’t mean you shouldn’t try them.

Onwards to next month!